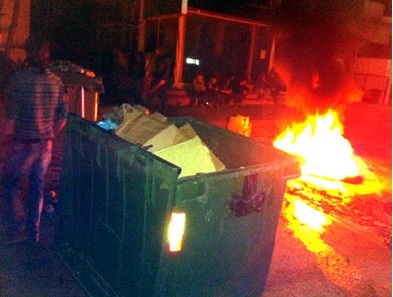 In an ongoing struggle, residents of a Northern Greece town blockaded politicians, including a Mayor inside City Hall as others blocked the road from police access. 3 officers were injured as 1000 protesters pelted City Hall with rocks, overturned cars and burned tires, reported use of tear gas was extensive and up until the entrance of City Hall. At least 2 reports of molotovs being used. Electricity was also cut inside the building and the surrounding area was cloaked in darkness,no reports of this being an intentional police tactic. 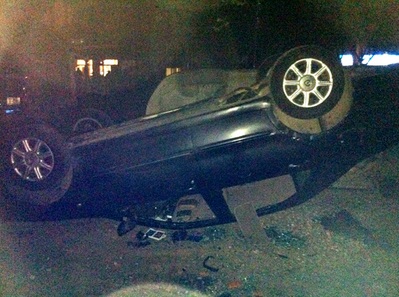 Things looked like they would explode as extra riot police were called in from Thessaloniki.

Though in the end cool heads prevailed and ended with police, protesters and politicians going home without further incident. The standoff lasted for hours and ended in a peaceful agreement at approximately 3:08am EET.

This isn’t the 1st time violence has occurred at an Anti-Gold protest in Ierissos, just last week police lobbed teargas as protesters hurled rocks (or potatoes). Full Story in English.

The company at the center of all this is Eldorado Gold! This is their press release regarding Greece. Here is a website in English with information on the area and why you should oppose it’s mining. Documentary (with ENG subs) on struggle.

Here is a HUGE protest against mining in the area last summer.

While it might seem strange; this is not the first time clashes have broken out in a Greek village.  Last year residents of a town close to Athens bombarded riot police with explosive molotovs during protests over a proposed landfill.  Story here.